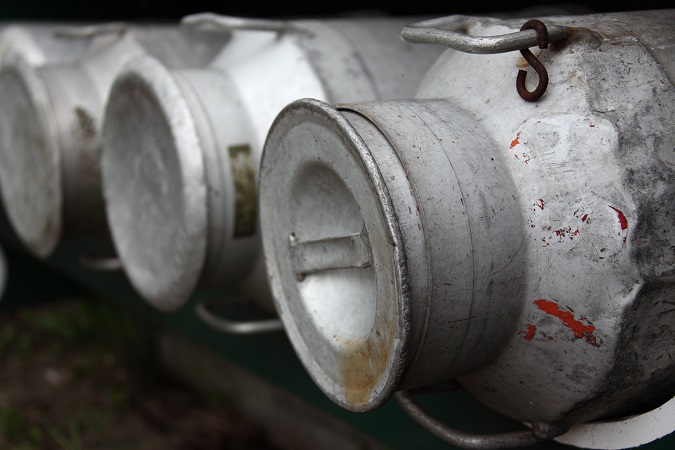 “Now be a good boy/girl and finish your glass of milk” is a statement most Indian kids are familiar with. From the time we are born our mothers, grandmothers, aunts and all the other elderly women in the family insist that we drink one glass of milk in the morning before we go to school and one in the evening before we go out to play. Such is the national obsession with “doodh” that the milk mooch (moustache) is worn with a lot of pride.

As Indians we begin to romance the good ol’ glass of milk at an early age. With time, we begin to relish and fall in love with the many, healthy cousins of milk too. Here’s why our milk tale will live forever.

Milk came in pretty glass bottles (read: what we now like to collect and term as vintage) my mother says reminiscing about her childhood. Two glass bottles were left outside the door each morning the contents of which my grandmother would empty in a big patila (large steel saucepan) and boil. She would let the milk come to boil and then leave it to simmer for a bit for it killed all the germs she would explain. Then she would wash the bottles, let them dry and at night leave them outside the door for the delivery boy to pick up the next morning. In return, he would leave two more bottles full of creamy white milk. These are my mother’s memories of milk. Before that there was the doodhwala bhaiya (milkman), she adds. He who would come home each morning carrying an aluminum container of gigantic proportion. My grandmother would tell him how many litres she required that day (the requirement changed if she expected guests) and he would measure the same with a smaller aluminum measuring jug of sorts and pour into the patila that my grandmum stood there with. Just looking at the milk being poured my grandmother would gauge if the doodhwala had mixed water into the milk (The milkmen would often add water to the milk and dupe people) and an argument would happen early morning. He insisting that he would never do that to her and my grandmum telling him off that the milk definitely looked thinner this morning and he wasn’t as smart as he thought he was.

One generation later the rituals around buying milk changed a bit. My sister and I would often walk down with our dad to the Mother Dairy (a cooperative selling milk nationwide) which was at a walking distance from our home. In his hand would be a dol (steel jar with a handle to hold the milk). Upon giving the money to the dairywala bhaiya (the man in chargeof the milk dairy) dad would get six tokens and hand three each to my sister and me. Now was the exciting bit. We would put the tokens into the slots of the vending machine and as soon as the token went in milk would gush out of the vending machine. It was like a gorgeous waterfall. Only this was of milk. We would wonder how this happened for it was simply magical till logic and age gave it away.

Then tokens got replaced by milk in plastic bags and then came the tetrapaks and plastic containers that are now a part of my little girl’s milk buying regimen. From getting the daily dose of milk directly from milking the cows during my grandmum’s time to picking up your calcium from an aisle of a supermarket three generations later, the ceremonies have changed but one thing has remained constant. We Indians took our milk very seriously then and now. 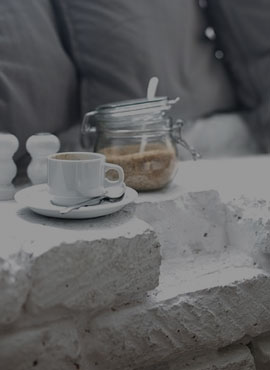 As a child I would like mine flavoured with Elachi (Cardamom) Horlicks and my sister with Chocolate Bournvita. Such was the consumption of these two brands that our mother never needed to buy a single bottle to store any of her spices, cereals and pickles. Horlicks bottles took over our home. During winters mum would make a seera (hot milk thickened with chickpea flour and sweetened with sugar and dryfruits). This concoction supposedly kept the body warm from inside. Whether it kept our bodies warm or not is irrelevant for it definitely kept our souls very happy and cosy. It was so good that we would wait for winters just to be able to drink glasses and glasses of this. In summers, it would be either fresh fruit shakes or cold milk often flavoured with Roohafza (Rose syrup) or Khus (Vetiver syrup). Milk helped you grow strong, grow taller, grow smarter and it even healed you (Read: turmeric milk). I and lot of us belong to that that era. The era before lactose intolerance became fashionable (With all due respect to people who genuinely suffer from it, there are are several who like to believe that it is “cool” to have this on their resume). With milk taking care of our breakfasts and evening meals (milky chai included), the onus of lunches and dinner fell on its cousins;

The era before lactose intolerance became fashionable (With all due respect to people who genuinely suffer from it, there are are several who like to believe that it is “cool” to have this on their resume). With milk taking care of our breakfasts and evening meals (milky chai included), the onus of lunches and dinner fell on its cousins; dahi, malai, makhan and ghee (Curd, clotted cream, butter and clarified butter). We love them to death. Plain curd or raitas (curd thinned with water to which spices or vegetables are added) are part of our meals complete with ghee laden paranthas or rotis (Indian flatbreads) or simply a dollop of it on our lentils and curries. But the ghee has to be homemade! Each time my mother made ghee at home, my sister and I would make faces and run out. The thing with ghee is you either loved the way it smelt when it was being made or hated it. We belonged to the latter. It was definitely a mesmerising process, the way the white butter melted and became foamy, the foam giving way to large and clear bubbles, the solids settling down and the foam returning which meant the ghee was ready and could be strained. A sight we loved but a smell we resented. But our emotions changed from dislike to those of immense love when the golden oil would sit on the top of saag and makki ki roti (cooked mustard and spinach leaves with cornmeal flour flatbread) or we saw halwa (Indian dessert made with different types of flour, sugar and nuts) slow cooked in ghee on the dining table. Like milk, the ghee too healed and still does. Dry skin in winters, mum would say apply some ghee instead of a store bought cream, my little girl crying because of tummy ache, her grandmum would mix ghee with some hing (asafoetida) and rub it on to her belly; it is was if the gau mata (Mother cow; Indians consider cow holy and give it a status of a mother) was passing on all the love and affection through doodh and ghee. 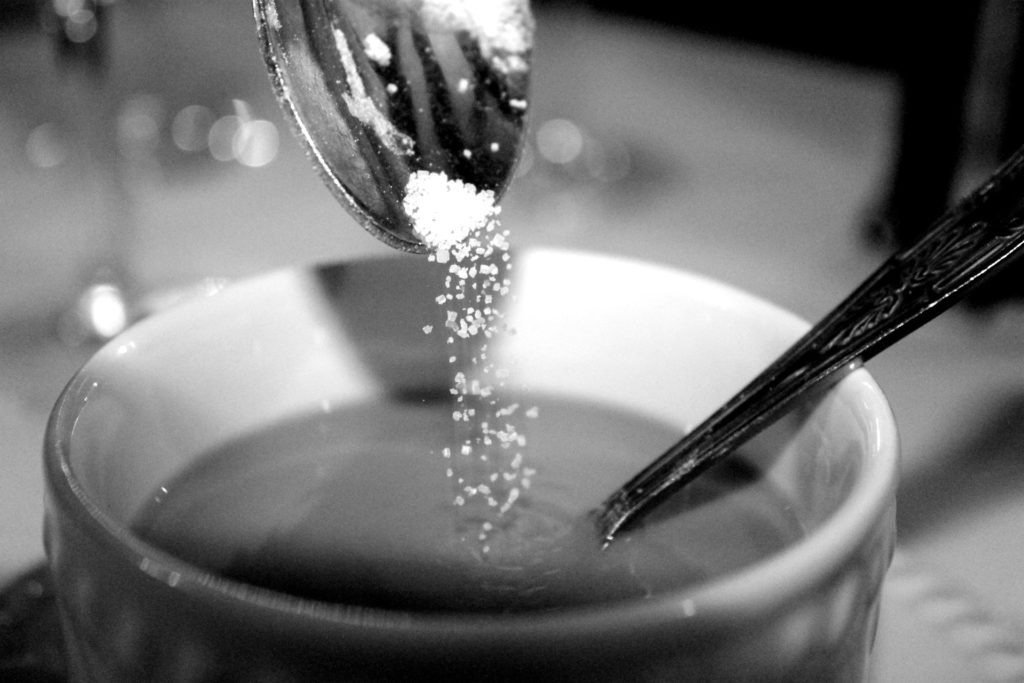 The love doesn’t falter in fact only gets stronger when it comes to dahi and makhan. We Indians like to make them from scratch by adding a little jaman/ khatta (a starter that helps make curd each time) to warm milkand leaving it to set overnight. The joy of this creamy well-set yoghurt was always a challenge during the winters for the temperature would be touching single digits. So mum would use a casserole and wrap it in her old shawl (warm stole) so that we got fresh curd each morning. Curd making is an art and depends on the starter you use, how much you use, the temperature both of the milk and the surroundings. No store bought plastic tubs then and even now for many Indian households. If dahi asks us to leave it alone to set, makhan begs for interaction. Each night mum would patiently collect the malai that would set over the boiled milk. Several nights later when she had a substantial amount to work with the malai would be churned and churned till it became lumpy, thick and glossy white makhan. Pure butter with no salt, no preservatives and no additives. These and more come to my mind when I think of the memories associated with milk and its partners. I haven’t even started talking about lassi, khoya and paneer (buttermilk, dried whole milk and cottage cheese) yet. Perhaps we will leave those for another time. 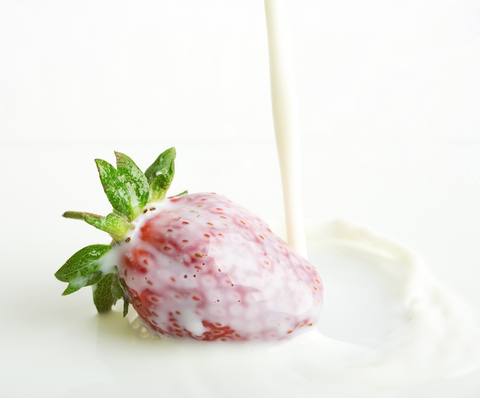 Dahi or Curd: Made by curdling the milk and then allowing it to
set overnight.

Ghee or Clarified Butter: Made by melting and cooking butter over low heat till the foamy butter becomes golden and clear.

Khoya or Dried whole milk: Made by thickening the milk over low heat for a
very long duration.

Lassi or Buttermilk: Made by thinning the curd with water and with the
addition of salt and spices.

Makhan or White Butter: Made by churning fresh cream.

Malai or Indian clotted cream: Made by boiling the milk for
and then allowing it to cool. The layer that comes on top is malai and can be removed and eaten.

Paneer or Cottage Cheese: Curdled fresh cheese made by curdling warm milk
with lemon, vinegar or any other food acid and
draining the liquid.