One fine day, driving home after a rather awkward situation with my tight-fisted German boss, I began to dwell on what exactly we Indians mean when we use ‘ek’ (one) in conversation. My boss had asked me to come into his office, prompting my instant response: ‘Yes, I’ll be there in one minute’. After 10 minutes, as I chirpily walked into his office, he said, with a raised eyebrow: “Which part of 1 minute is a quarter of an hour for you?” As he questioned me I realised what I’d actually meant was “Boss, I’ll be in your office shortly, once I’m done with this e-mail.”

Bas (just), ek (one) minute: a code that’s understood by Indians around the world, and often our salvation, like the blank tile in scrabble. How often do you say, ‘Bas, ek minute’? 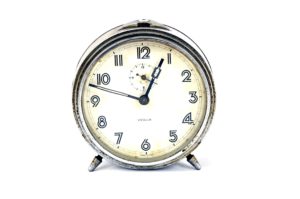 I think most Indian expats are caught at the crossroads of imbibing new ways and remaining true to our grassroots, the Indian culture. From New York to Tokyo and all points between, every Indian has been on the receiving end of that eyebrow-raising look because of one thing we said or did that made total sense to us but not to the person across the room. And more often than not that classic look has been the result of our using the famous Ek in absolutely no context at all in our daily conversations. The paradox of our lives is that we think Ek is what we make of it, almost like the blank tile in Scrabble.

The very popular game show Kaun Banega Crorepati took our level of obsession with the number one to another level!

I’d like to think of it as the cultural curse of Indianhood. Growing up in Indian schools, we’re taught that Ek is Hindi for one. But, at home, Ek represents everything unquantifiable. So what is it with Indians and Ek?

Why have we made such a khichdi (messy mix) of the glorious number 1? It’s a mystery, a science, a joke we Indians live with and pass on from generation to generation.

‘Bas, ek minute’ never EVER in the history of Indian-kind meant one minute! In fact, it’s safe to assume the speaker means at least 10 minutes. If there was a figure that’s blessed inheritance since creation, it’d be the number 1: ONE. It stands for oneness, unity, as a reference point, almost the pseudo- genesis of the numeric chain. It’s the surreal feeling of premier, authority and pride. If we could re-engineer Chinese cuisine to suit our taste buds (bless the Chinese who visit India), how could Ek escape its fate: being re-engineered?

One of my favourite books on Indian English is Jyoti Sanyal’s Indlish: The Book for Every English-Speaking Indian. She explores another common Indian error in the usage of ‘one’. In her words “a common Indian error equates the indefinite article (‘a’/’an’) with one. Neither ‘a’ nor ‘an’ does the duty for one. The word one emphasises the singular number, ‘a’/’an’ doesn’t.” So, next time you catch yourself saying: “May I have one glass of water?” think again! The correct usage is: “May I have a glass of water?”

Curse or a boon, Ek defines our Indianhood. It’s what makes us stand out in a crowd. We may have constant debates on politics, cricket, religions, food and accents but the one thing that unites us is in the ways we use Ek:

– When we have someone waiting for us, “Ek minute yaar, mein aa rahaan hoon!” really means: “I’ll be there in 10 minutes or more.”

– When kids are trying to persuade their mums: “Mummmy! Please ek minute – I’m coming!” really means: “Mum, I’d like to stay out a little longer.”

– When your loved one tries to wake you up from bed, “Ek minute aur please. I’ll wake up soon” really means “I’ll wake up when I feel like waking up!”

… and I could go on about the other situations in which we use ‘Ek’ as our saving grace.

It’s a clutch, an interpretation, a code, that’s understood by Indians across the world.

Perhaps the only time in history when we really meant ‘Ek’ was in the movie ‘Ek tha Tiger’ and the recently released Tiger Zinda Hai! After all, there is only one Khan that could pull off that role. What was his name again? Ek minute, let me check. I’ll be right back.