Two decades ago, something unprecedented happened in the history of Indian television with the start of the mythological series Ramayana. Each Sunday morning roads were deserted as people sat alert in front of their televisions watching the epic life of Lord Rama. Legend has it that some of the more devout viewers even took off their slippers before watching! It was the ’80s and until the next century, no other TV show captured the Indian imagination to such an extent. Then one fateful day in 2000 the legendary baritone of Amitabh Bachchan boomed into our living rooms. Deviyon aur sajjanon (ladies and gentlemen), you were watching the first episode of Kaun Banega Crorepati (KBC), which once again changed the way India watched the telly. And rest, as they say, is history.

Kuch sawaal, Ek crore: the game show Kaun Banega Crorepati took our level of obsession with the number one to another level!

It was Star TV’s biggest coup to bring the desi avatar of the UK game show ‘Who Wants To Be A Millionaire?’ to Indian small screens, all the more for having superstar Bachchan as host: Bachchan, the powerhouse of talent, the country’s darling for his rich, deep voice. From the very first episode, the country’s roads started emptying again every evening from Friday to Sunday. Dinners were cooked and eaten well in advance, guests ushered out minutes before the clock struck 9, children finished their homework early and not a soul moved away from the TV until the ghadiyal babu (Mr. Clock) stopped at 10pm. That hour turned into family bonding time, with grandparents, parents and children brainstorming together to find the correct answers, while the contestants hawed and hummed with the host and the Computer ji (Mr. Computer).

The show, running for its 8th season this year, has remained part of our lives. We still draw famous phrases from the show in daily conversations. Any word of finality is still ‘Lock kar diya jaaye’, over-sharp persons (and humble desktops) ‘Computer ji’, and, of course, there’s the distress call: ‘Phone a friend’. Every episode is replete with Bachchan’s anecdotes, his jokes with competitors, winners going teary-eyed as they hug and dance with him in sheer awe, and recitations from his father Harivansh Rai Bachchan’s poems: just a few of the things that have made the show so endearing.

As Bachchan’s charisma drew people in, the nation experienced a collective awakening in terms of general knowledge. Children, teenagers, adults: everyone took a fancy to books on factual books and board games designed along on the lines of KBC. Schools and colleges witnessed an upsurge in GK quiz competitions. From current affairs to Indian history to classical music: all were read about and brushed up on. No surprise: over seven seasons, the show has given India over five crorepatis. 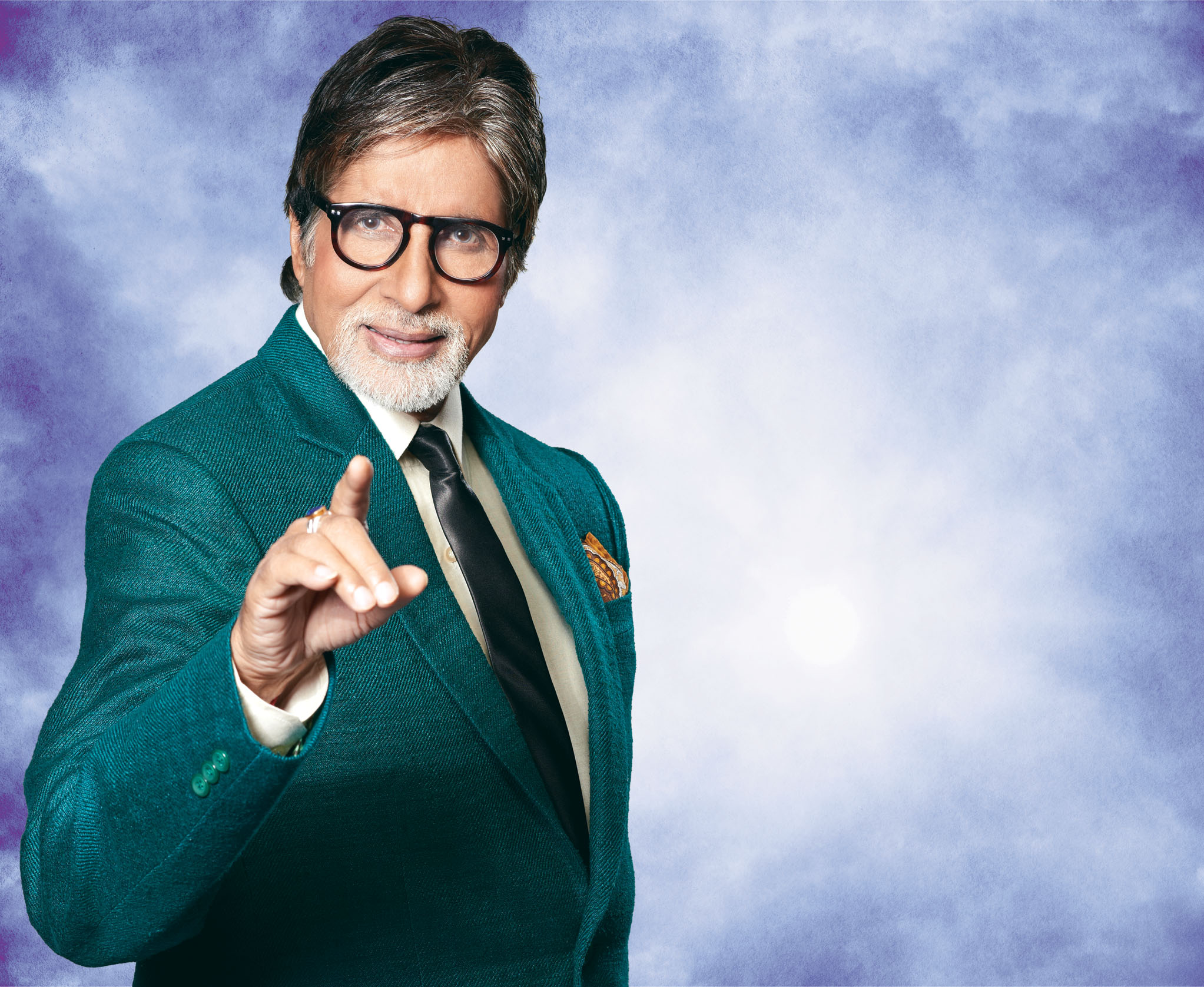 Bachchan was so captivating, that efforts to rope in Shah Rukh Khan for season three after Bachchan fell ill came a cropper. Khan couldn‘t engage the audience and the show’s ratings fell, forcing the channel to re-employ Bachchan for subsequent seasons.

Do you remember the animated song, Ek Chidiya, Anek Chidiya?

Four years ago, when Sony took on the show, the show’s directors tried to bring in people from small towns and distant hinterlands as centre stage players. The 2010 season started with the tagline ‘Koi bhi aadmi chhota nahi hota’, specifically targeted at people from smaller communities. Programmes have seen students, teachers, shopkeepers and farmers racking their brains and emerging as winners. The show has given a massive boost to the confidence of the common man in its last three seasons, with each focusing on a different issue of significance. In 2011 the tagline changed to ‘Koi bhi sawal chhota nahi hota’ – ‘No question is too small’: every bit of learning counts – while the 2013 season emphasised the importance of learning irrespective of age, with ‘Seekhna bandh to jeetna bandh’. KBC has also been sensitive to the ways in which India has changed, which is why it’s the only show to command such a massive following after
a decade. KBC changed its logo in 2010, using the Indian rupee symbol as its hallmark.

In the seventh season, the prize money was increased to 70 million rupees and the number of questions went up from 13 to 15. This season became known as Kaun Banega Maha Crorepati (‘Who Wants to be a Multi-Millionaire’). We are now waiting eagerly for season 8: lines were opened on the 5th of May, and the show is expected to go on air in August on Sony. Gaurav Seth, Senior Vice President and Head of Marketing for Sony Entertainment Television says, “KBC is a reflection of the hopes and aspirations of millions of people who are looking at transforming their lives. This year we are attempting to bring the show closer to our viewers by engaging various mediums through which they can enhance their chance of being in the much-coveted Hot Seat. We are confident that once the season gets underway, it will strike a deep emotional chord with the entire country, like never before.”

As we watch the current season of KBC, we brush up our GK and play the game from our living rooms with the selected players, sharing their victories and losses as our own.