We grew up watching Buniyaad, a drama series that made history on Indian television. Till date, many of us fondly remember Master Haveliram and Lajoji. An artist pays tribute to the defining soap opera with a minimal graphics poster.

In the 1980’s when Indian television was catching up, Ramesh Sippy and Jyoti Sarup directed one of the first mega soap operas – Buniyaad. The plot dealt with the Partition of India in 1947, and its aftermath. The blockbuster series was aired in 1986 for the first time, on the Indian national television channel, Doordarshan. The protagonist, Master Haveliram, played by the deft actor Alok Nath, is a freedom fighter and patriot. 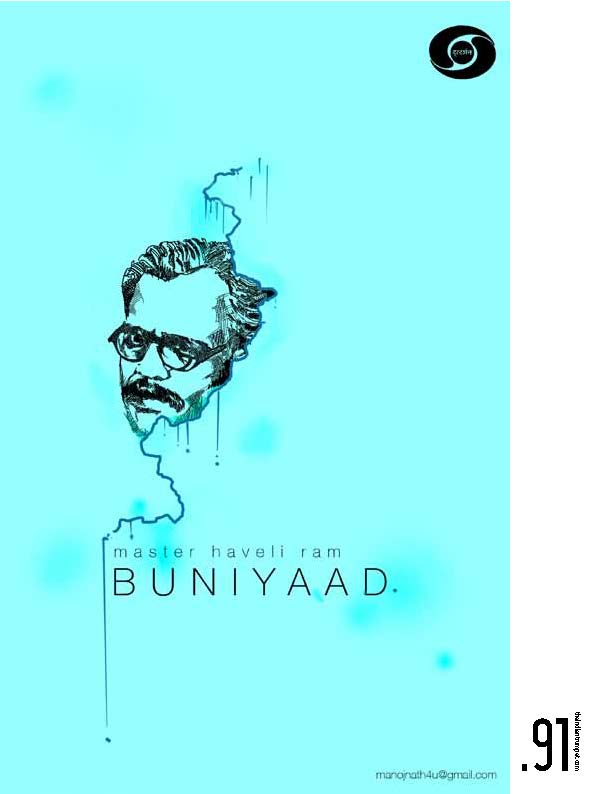 The poster artwork tries to capture Buniyaad in minimal terms. The illustration signifies a bit of India and Pakistan with a pensive Master Haveliram caught in between, unsure about what’s going to happen next. The blue background denotes a certain calm that Master Haveliram tries to maintain in his family and his whereabouts, despite the chaos all around. The ink drips show his faith in the power of pen as opposed to the sword.