Sachin Tendulkar, the name says it all 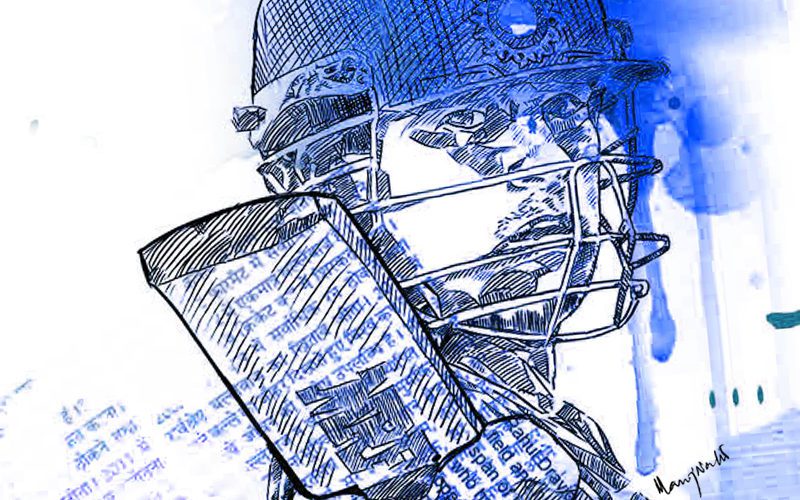 Thwak! The swing plane comes down in a perfect vertical arch to meet the orb, dismissing it from his five ft something presence. A billion smiles light up the Indian diaspora across the world. Rasp! A horizontal spectacle that sends the orb into spatial travel. Another billion flashes lighting up the night sky, enhancing the mood of a nation, perhaps even boosting the economy.

As for the rest, we let his fans do the talking!

– The Indian Trumpet’s Cause We Care Special Edition

Ah, the simple pleasures of watching Sachin Ramesh Tendulkar. I have often wondered, what enamours us to him. It is very difficult to see his facial expressions and understand his body language once he is in the zone. It is difficult to decipher if he enjoyed a particular shot. Did it give him happiness? Satisfaction, perhaps? Because ultimately, we all work or do something in our lives for ourselves so that we meet our own expectations and derive pleasure for ourselves. But here is a man, who from the very first day he stepped on a cricket field has had a huge burden of carrying the nation’s expectations along with his own. Maybe in time, there might be a Tendulkar Mood Barometer. He fails, India and Indians are sad across the world, as if they lost a personal battle that day. He fires; fireworks light up the night sky, as was the case after his 98 runs against Pakistan in the World Cup 2003. What started with a few million, reached to almost 1.4 billion human beings, with the expectations increasing with every Indian added to the population. I daresay, a lesser man would have crumbled to ground! But not Sachin Ramesh Tendulkar. No sir, not he who waves his magic wand, a 3 lbs bat made of the best Kashmir willow on the planet. 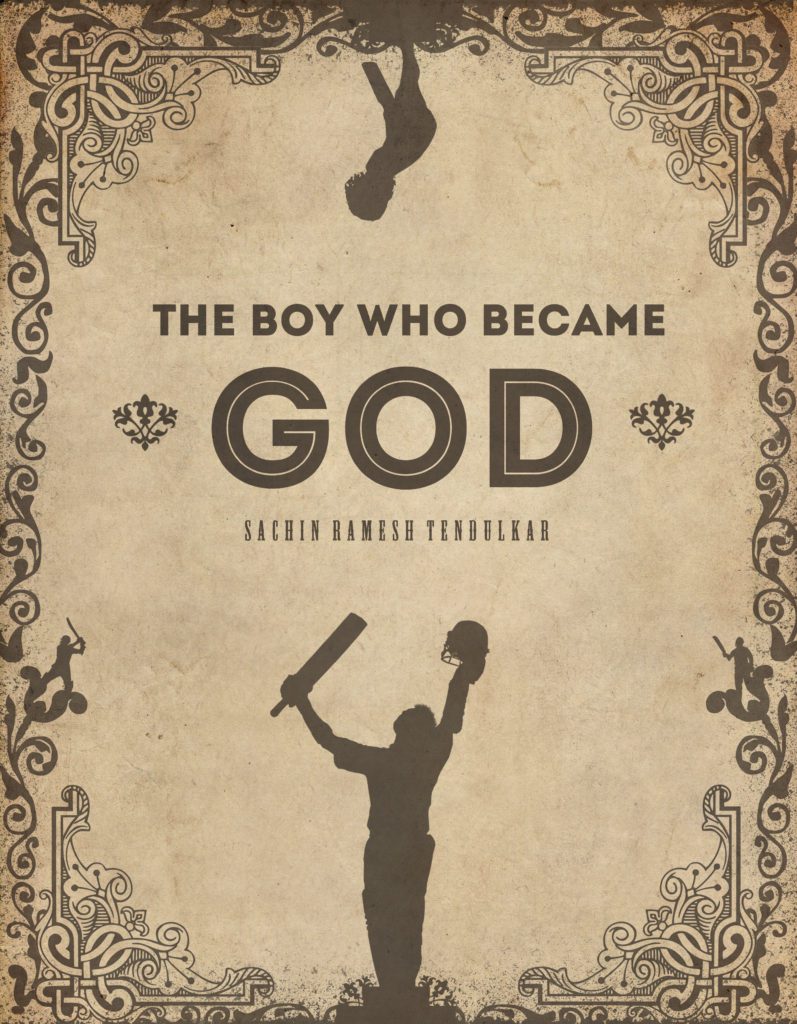 Some may say he was born to play cricket, with a gift of skills given to him by none other than god. Some may say it comes down to passion. Others claim it is his dedication and hard work. Me: I say it was his youthful ignorance and childlike obsession with his toys that made him survive/indulge all the pressures, expectations, failures and triumphs. Considering the unparalleled success, fame and money he has achieved in his career of 24 years, it would have been easy for him to lose sight of his becoming. To become arrogant and a prima donna. However, he remained humble, modest, down-to-earth. Only because he was having fun. We normal folks, always talk about doing something we enjoy. Money will follow automatically. The rationale behind it being that if you do something that you truly enjoy, you will succeed at it, if not immediately, then in due time.

One thing I always observed on the cricket field, thanks to live coverage, cameras, cameramen and televisions sets, is that Sachin had a cherubic innocence, joie-de-vivre of youth about his cricket and that of India. He celebrated in others success, as much as he downplayed his. He dived, high-fived, bowled, fielded and of course batted, with such joy that it never felt to me at least, that he was working hard or that he was struggling or that he was frustrated or that he was tired or that he was just miserable being on the field.
Hell, I cannot remember him calling for a runner (except maybe once or twice in 24 YEARS). I cannot remember him perspiring profusely. It all seemed a breeze. We, of course, know, that he spent unlimited hours on training, preparing, tinkering and recovering from injuries. But, out on the field, it came across as if he was amongst his toys and was having a blast and did not give a damn about the world. We luckily had an outside view of his little world. We craved what he had as we were starved of this natural joy in our attempt to chase riches. We lost our youth to materialistic dreams. We lost our innocence to manipulative mechanisms. Not he! Off the field, he drowned those noises, which could have taken him off the celebrated path, by covering his ears with headphones, by playing table tennis with his friends.

We lived our lives vicariously through Sachin Ramesh Tendulkar. We all secretly desired what he had, the ability to chase our true dreams, our childhood aspirations, our youthful existence without alluding to responsibilities and monetary gains. From the day he started playing cricket to the day he retired, India, if not the world stopped everything that they were doing in their lives to live, breathe, dream, aspire and achieve through Sachin. 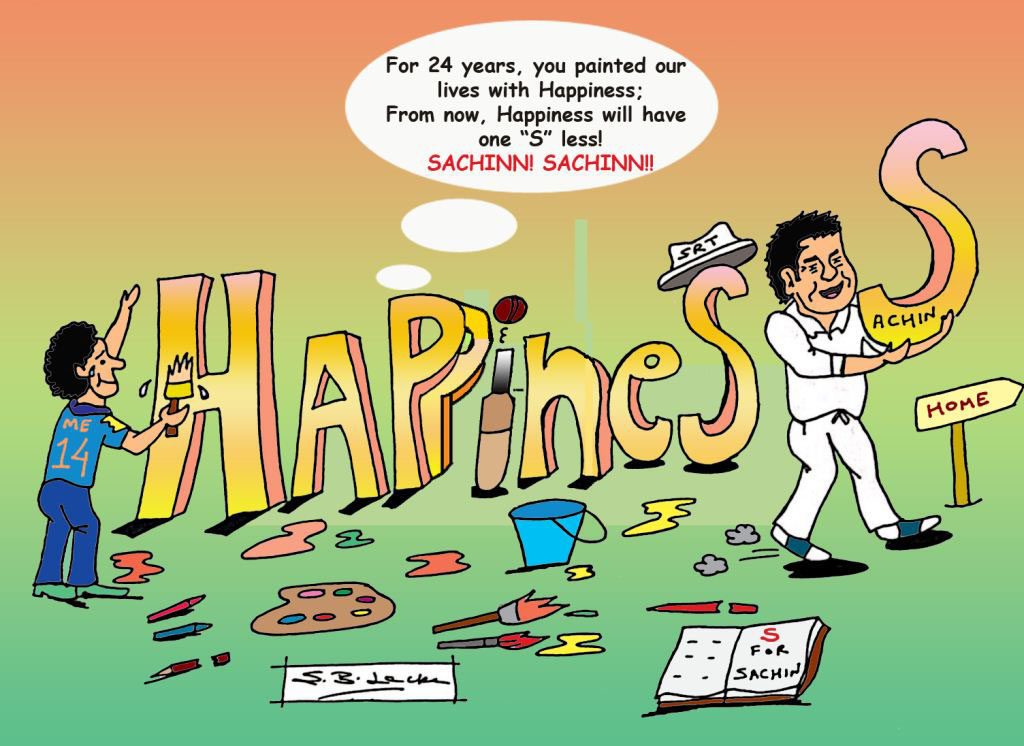 Inquiring from colleagues, ‘Sachin hai na?’, leaving work early feigning illness because you knew that maestro was on the crease, to waking up at unearthly hours to watch the Little Master blast the opposition out of oblivion, to forgetting breakfast, lunch and dinner when he was approaching a well made hundred, to having a massive gathering at home to watch the final of the 2011 World Cup, to dancing on the streets with thousands of people with dhols and the Tricolour, while watching Tendulkar being hoisted on the shoulders of his countrymen, giving him a lap of honour, dedicating the 2011 World Cup to him…we have shared a deep, deep relationship with this one man.