The Mystery of The Lost Hat 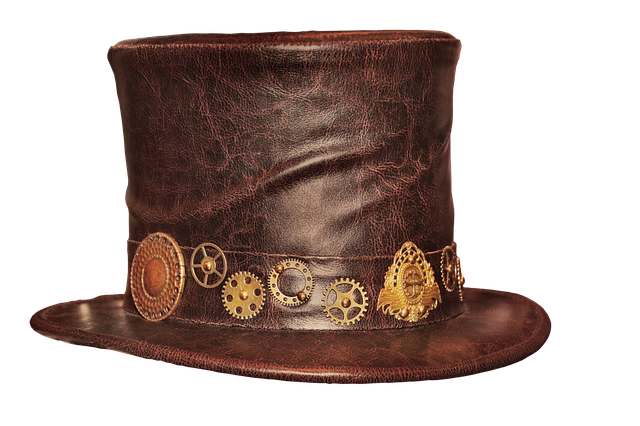 “I think I have a new case, Jade,” said Amethyst. “You do? Should we start solving it?” asked Jade, all excited. “Why not!”, said Amethyst.

“Do you see that hat on the table? I don’t know whom it belongs to.”

This piece is by junior contributor, Avnee Ramchandani, a student of Raffles World Academy, Dubai

“If you take a closer look and unscramble the letters it spells…..Machu Picchu!”

“Let’s read more about it here in the studio. We can print pages of it for information ℹ️ ”, replied Amethyst.

One sunny ️ day everything was white, with a tinge of gold. Amethyst and Jade had reached Machu Picchu. Suddenly Amethyst saw a dark figure. It was an important signal. The figure was big and black with large, long white claws, and sharp teeth that seemed like they could bite into the metal.

“Face me or accept defeat”, said the figure. “You don’t have any protection and you wouldn’t want to face me because I am Dark Pantherium!”. He was as ferocious as a hungry lion. Pantherium wanted to rule the Inca Land, take it from the Inca god, Diamanté (diamond in Spanish). “We won’t fight you but they will”, said the twins.

That is when the Inca army appeared.

The head of the Inca army, Opal, was leading them to the battle. The army fought hard but they were defeated. “Wait”, said Jade to Pantherium, “I will make a deal if you let us ride on your back we will help you look for all the gold you want”.

“Hmm, interesting. I accept your deal.”, said the ever so sly Pantherium. “First, tell me where do you want to ride to”.

“Machu Picchu!” screamed the twins, together. “But, do you know the way?”

“Ha! I know every place in this land. Climb on to my back.”

The twins climbed on to Pantherium’s back and were ridden to Machu Picchu.

As soon as they arrived, the twins saw a piece of paper on a Llama’s back. It said, “Go 5 steps forward, 3 leaps to the right and then 10 tiptoes forwards, again”. It seemed like a clue. The twins were detectives, so they knew what to do. Just follow the clues. They followed the arrangement from the clue and realised they were tapping some loose stones. As soon as they finished following the pattern from the clue, a big hole appeared in the ground and one by one they went down the hole. Underneath there was a small cave with a narrow path. The twins were still walking side by side with Dark Pantherium. Soon, they found a torchlight to guide their way through the cave.

The had almost reached a dead end when they spotted a rock 🪨 . It did not seem like an ordinary rock – it was red. That’s when Pantherium said, “There is no hope, let’s just go back and mine for gold” said Pantherium. “Wait,”, said Amethyst, “what if the rock is a clue, maybe it’s trying to tell us something”. They looked all around the red rock and suddenly found several coloured rocks all around, yellow, green, blue, indigo, all leading them on to another narrow path. “What are we waiting for? Let’s follow these rocks and complete this journey.”, said Pantherium. But the twins were not sure, they said “What if it is a trap?”. They looked closely at the rocks. “I see something. It looks like scrambled letters carved onto this red rock.”, said Amethyst. The letters carved on the rock were ‘FERLLOW THURN TITH PASH OTO MATY’. Amethyst and Jade, still very young, were probably the best detectives in town. So, it wasn’t long before they unscrambled the letters. “We know there is a path laid with rocks and we have to return this hat . So, maybe the first word is ‘follow’!”, said Jade, all excited. “And the second and the third words are ‘this path’”, added Amethyst. “To return my hat !”, the twins said at the same time. “The whole sentence is ‘follow this path to return my hat’”, said Amethyst. It was hard for Pantherium to understand what was going on. So, he just followed the twins along the path made by the rocks.

Once they reached the last rock, the indigo one, Dark Pantherium said “There is not even 1% chance of us finding the owner of this hat. So, let’s just give up.”

“We’ve come this far and I am not turning back,” said Jade. “I agree”, echoed Amethyst.

As soon as they finished talking, a shadow appeared, a human-sized grey shadow. Just a little taller than the twins. Everyone stayed still for a moment, eyes wide open. Then Amethyst ducked down and slowly walked forwards as if she was taming a horse. The shadow did the same thing as if it was Amethyst’s shadow. Amethyst stood up, thinking the human in front of them could not do any harm, and if it did they had Pantherium to attack back, though it was the wrong thing to do. Jade came to stand by Amethyst and they both, very slowly, took a few steps forward towards this other human being.

Now they could see a blur of colours on the other human. “Who are you?”, the twins asked at the same time. “No! The question is – who are you?”, asked the shadowy human-like figure. “I am Jade Agate and this is my twin sister Amethyst Agate.”, said Jade, proudly. “What a coincidence. My last name is Agate too. And just like you my first name is also named after a rock!”, said the shadow, “I am Tourmaline Agate”. “Show yourself”, said Jade. The shadow walked forwards and then stopped. He looked familiar to Jade and Amethyst. “Who are your parents?”, asked Amethyst, rather curiously. “I don’t have any parents. I am an orphan”, said Tourmaline. “So are we”, said Amethyst. “What were your parents names?”, asked Jade. “Obsidian Agate was my father and Calcite Agate was my mother”, said Tourmaline. “Same as us!”, said Amethyst, “I am guessing you are from Ayacucho”.

“Indeed, I am”, said Tourmaline.

“You are my lost sisters!”, said Tourmaline.

“No! You are our lost brother. We are not lost!”

“Then why are you here?”, asked Tourmaline.

“To return your hat “, said Amethyst.

“Wait, one moment….”, said Jade, “How do we know you are our lost twin brother? How old are you, Tourmaline?”.

“Now that we know who you are, we shall return your hat and travel back to Peru 🇵🇪 ……with you !”, said Jade. And she took the hat out of her backpack she had been carrying throughout the journey. She handed it over to Tourmaline. “Thank you”, said Tourmaline.

“This is not what I think would have happened”, exclaimed Dark Pantherium. Then they walked all the way back to where they had started their journey. When they reached back, Diamanté was waiting for them, while carving pictures of Jade and Amethyst on ancient stones. It was meant to be a gift for them.

“Ah, you have returned from your journey at last. And who is this by your side?”, asked Diamanté .

“This is Tourmaline Agate, our lost brother and the rightful owner of this hat !”, said Amethyst.

“I have carved portraits of you and your sister on these ancient stones. Unfortunately, I have run out of material to carve a picture of your brother here”, said Diamanté.

“That’s fine. I am just happy to have a family!”, said Tourmaline, smiling at Jade and Amethyst.

“Great. Now take these and go back to your home in Peru 🇵🇪 “, said Diamanté .

“Not yet. We made a deal with Pantherium that if he helps us return the hat we will help him look for gold”, said Jade.

“Very well. Off you go, looking for gold then. And come back right here. I will be waiting”, said Diamanté .

Then off they went to mine for gold, cutting through dense, deep jungle, fighting rattle snakes, crazy monkeys and giant lizards. After all that, they came back with just a small gold statue. It was a very valuable treasure for Jade, Amethyst and Tourmaline, but for Dark Pantherium, it was just an ordinary statue.

Even after finding the statue, Pantherium wanted more gold. So, the three siblings decided they won’t give Pantherium the statue if he is that greedy. He will be better off without it.

As they were about to start their joinery back to Peru 🇵🇪 , Amethyst said “I will miss Machu Picchu.”.

“You are free to visit any time”, said “Diamanté .

They were off on their journey to Ayacucho (in Peru 🇵🇪). When they reached back they told everyone in the YT Studio the story of their adventure!